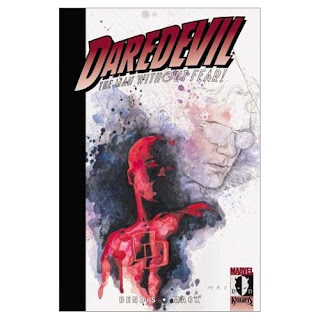 What's it about?
There's a little boy named Timmy, he's the son of a third rate supervillain named Leapfrog.  Timmy is barely talking and when he does rouse himself it is to narrates a fictional superhero fight.  All anyone knows is that Leapfrog was last seen fighting Daredevil (our hero) and is now missing.

Ben Urich is a reporter at the Daily Bugle and has taken an interest in Timmy's story.  Unfortunately neither the police nor his editor seem to think it is worthy of his time.  Nonetheless he decides to investigate and discover what has happened to put Timmy in this catatonic state.

DC: The New Frontier, Volumes One and Two 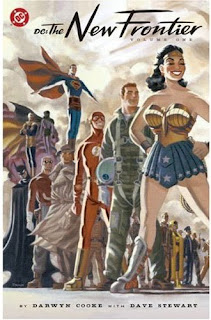 What's It About?
In a nutshell, DC: The New Frontier is a re-imagining of how the Justice League of America came to be.  Or, it is the 1950's re-imagined with modern-day sensibilities and social mores.  The reader follows the stories of dozens of DC heroes from the Silver Age of comic books during the mid-1950's, when superhero comics were losing popularity as they cope with both a changing world and a world-changing threat.

The book is a period piece, is heavy on the nostalgia and is set in the 1950's, just before the Silver Age when Golden Age (original) heroes were revamped and updated into the superheroes we know today.  In DC: The New Frontier, you'll see some characters before they became superheroes (such as the Martian Manhunter and Green Lantern) or when they were just starting out (such as The Flash.)  In all, this is Darwyn Cooke's starry-eyed homage to the heyday of the Justice League.

Read more »
Posted by LissBirds at 12:00 2 comments: Links to this post

So, some bright folks have designated August 28th as International Read Comics in Public Day.  This can only be a good thing and will hopefully help dispel the myth of comic readers being something like comic book guy from The Simpsons.  Hopefully all of you reading this site already know this myth is a myth, but I think there's a lot of people who don't.

So in conjunction with this, a lovely lady with a tumblr entitled DC Women Kicking Ass is asking women to read comics in public on Saturday August 28th, take a photo of themselves, and then email it to her so she can create a tumblr showing who the female comic readership is.

So, my challenge to you is, if you're female and have picked up a book recommended on this blog, or picked up a comic found elsewhere, and if you have enjoyed it, take it out in public on Saturday.  Read it and send in a photo of yourself.  It doesn't matter if it's a superhero book, a kids book, a romance, manga or something completely different.

The perception of women in comics won't change until we make ourselves heard!  We'll update you on the success of the project next week. 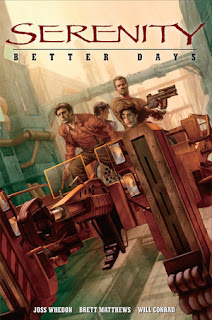 
It's chasing us.
Is something ever not?

What's it about?
From the introductory blurb:

"After the earth was used up we found a new solar system, and hundreds of new earths were terra-formed and colonized.  The central planets formed the alliance and decided all the planets had to join in their rule.  There was some disagreement on that point.  After the War, many of the Independents who had fought and lost drifted to the edge of the system, far from Alliance control.  Out here, people struggled to get by with the most basic technologies; a ship would bring you work, a gun would help you keep it.  A Captain's goal was simple: find a crew, find a job, keep flying."

Maggie the Mechanic. A Love and Rockets book 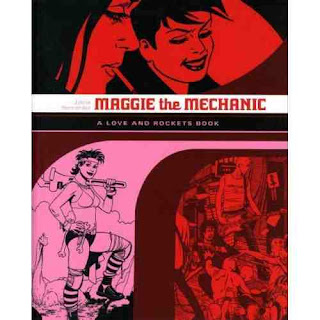 written and drawn by Jaime Hernandez


What’s It About?
The thing about siblings is you love them but at the same time you need space from them. When Jaime and Gilbert Hernandez decided to start a comicbook together they neatly solved this problem by taking half the book each. In his half Gilbert created the village of Palomar (reviewed here) and in his half Jaime created Las Locas.

The Locas are a largely female, largely Mexican-American cast living around the early-80s LA punk scene. Jaime Hernandez tried to inject some reality into communities and peoples he had too often seen portrayed in the media only through stereotype and cliché: the punk scene, homosexual relationships, bisexuality and his own Mexican-American background. Added to this realism was a touch of science-fiction and so Maggie the Mechanic, Mexican-American bisexual punkette, also ends up travelling the world fixing up spaceships and armies of robots, riding a hover-scooter and teaming up with professional wrestler/revolutionary agitator Rena Titanon between adventures at home with a large, varied and endearing cast of friends.


Now Fantagraphics are publishing a series of collections bringing together the complete canon of Las Locas stories in strict chronological order of publication, starting with Maggie The Mechanic.

Read more »
Posted by James Ashelford at 12:00 6 comments: Links to this post 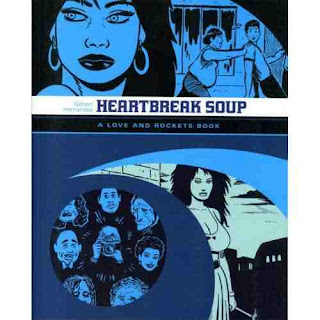 “Welcome my friends, to Palomar. Where the men are men,
and the women need a sense of humour.”
- Carmen


What’s it About?
Palomar is an isolated hamlet on the coast of Mexico mostly untroubled by the passage of time or the existence of the outside world. There are no phones, no televisions and only six cars running in the entire town, most anything anyone eats is grown or hunted locally. If you want a bath most likely you won’t have one in your house so you’ll have to go see the banadora and she’ll bath you.

Palomar was the creation of Mexican-American author Gilbert Hernandez who populated it with a wealth of interesting, diverse characters. Published over thirteen years the Palomar stories were a soap opera on a grand scale as it followed the town's ever-growing, ever-evolving population through love, death, marriage, childbirth and everything in between. Heartbreak Soup is the first in a series of books from Fantagraphics collecting the entire Palomar canon in strict order of publication.

Death: The Time Of Your Life 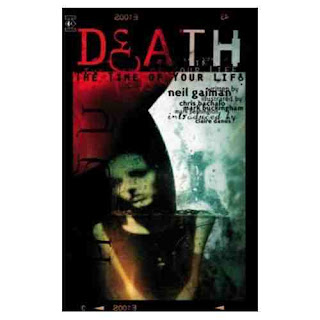 
What’s It About?
Foxglove and Hazel were once poor and in love. Now Foxglove is a pop star, her career taking her around the world and Hazel is a stay-at-home mother to their child Alvie. Out in the world no one knows that Foxglove’s secretary Hazel is in fact her lover ,or that Fox is a second mother to Hazel’s child. Somehow, she doesn’t know how, Fox ended up in the closet and Hazel ended up alone for months at a time.

One rainy night, Death comes for Hazel and now Foxglove is following a vision back to LA in the hope of rescuing her. But how do you rescue someone from the single inevitability of life?

Read more »
Posted by James Ashelford at 12:00 No comments: Links to this post 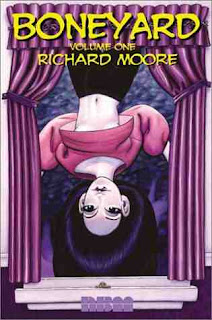 
What’s It About?
Michael Paris has inherited a nightmare from his grandfather. Inheriting a graveyard would be bad enough but he’s inherited a graveyard that is home to a small community of monsters. Of course, it doesn’t hurt that one of those monsters is a cute vampire called Abbey, an old friend of Paris’ grandfather and the unofficial leader of the Boneyard residents. Abbey wants Michael to listen to their side of the story before he signs the papers Mayor Wormwood needs before he can demolish the Boneyard. Their side of the story involves a fish woman, a walking skeleton, an auto-mechanic who is werewolf, an incompetent demon with a Napolean complex and a very short witch but she’s confident she can turn him around.

The creatures who have made the Boneyard their home want to live in peace; Paris wants to forget his ex-girlfriend and live a quiet life; the people of the town want to burn them all out; and something dark and ancient wants the Boneyard for itself…

Read more »
Posted by James Ashelford at 12:00 3 comments: Links to this post

Serenity: Those Left Behind 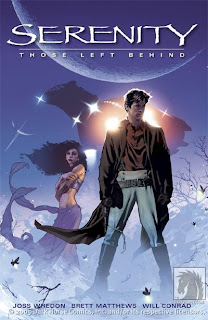 What's it about?
In 2002 a Joss Whedon created show named Firefly was first aired in America.  The episodes were shown out of order and after a paltry 11 episodes the Fox network cancelled the series.  Post DVD release, Firefly developed a large and vocal fanbase and in 2005 a film, Serenity, was released.  This comic bridges the gap between TV show and film and shows us what happened to the characters and the story to take us to the opening sequence of the film.

As to the subject, it's a Western in Space.  From the introductory blurb: