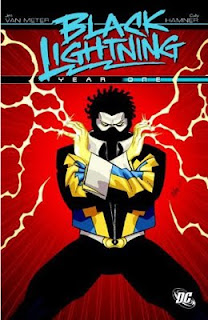 What's it about?
Metropolis' Southside is a slum. Ignored by police, run by gangs (well, one gang), even Superman doesn't touch the area - he says his powers don't work there, but that's no comfort to the residents. From a once promising upcoming middle class neighbourhood, the place has sunk to the point that the locals and the rest of Metropolis call it Suicide Slum.

Back to this troubled neighbourhood comes Jefferson Pierce, superstar high school principal with a track record of turning around five schools in ten years – and a secret. A year ago, he started having serious nightmares, and at the same time something started manifesting in his body; electricity and sparks that scorched the bedsheets and frightened his wife. They both hoped the return home to his family, and to help the community where he grew up would help to ease these problems.

But Suicide Slum needs more than a new principal for Garfield High School.

This is the story of the origin of Black Lightning. Not how he got his superpowers, that happened off panel and before the events of the book, and aren't even explained. Jefferson Pierce is just in possession of 'metagene' making him the DC equivalent of a mutant, but without the civil rights metaphor. The subject of race relations in this book are completely literal. Instead, it's the story of how Jefferson Pierce learned to use his powers as another way of helping his family and neighbours, at the same time never forgetting his purpose as an inspirational principal.
Read more »
Posted by Debi at 12:00 4 comments: Links to this post

Wonder Woman: Eyes of the Gorgon 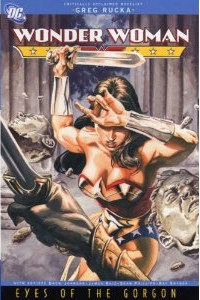 What's it about?
It's a book based heavily on Greek myth and legend.  Previously, the Gorgon sisters Stheno and Euryale coerced the sorcerer Circe into resurrecting their third sister, the monstrous Medusa.  Once revived, Medusa is burning with the thirst for revenge on Athena, responsible for cursing her.  The sisters decide the best to do this is to slaughter Wonder Woman, Athena's champion on Earth.  Of course, a lot of time has passed since they last walked the earth so the plan does not go smoothly.

Woven in and around the main plot are intrigues and plotting of a higher nature, as Athena stirs up rebellion among the Gods of Olympus.

Like the best Greek stories, this is a book of heroism, honour, sacrifice, love and tragedy.

Characters of Colour in superhero comics: the women (part 3) and a Spider-man

And so we come to the final entry in the our characters of colour in comics series, looping back to focus on women again..  We hope that we've showcased characters that interests you and we hope that you've been intrigued enough to search out some books.  There seem to be a lot more superhero men than women around, part of this is, I think, because there are more male superheroes than female ones, which is a pity.  Another thing I think we've learnt is that ongoing superhero series tend to feature white people, not characters of colour.  The only way this will change is if people buy more comics with characters of colour in them, showing the publishers that there is a demand.  So please, if you like the sound of any of these characters, buy a copy of the book!

To recap, the previous entries in our series can be found here:

And now, on with the women.

Green Arrow: Crawling Through the Wreckage 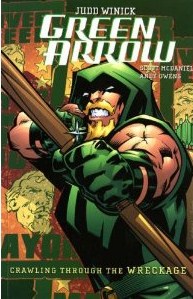 What's it about?
Oliver Queen is a multi millionaire with a secret identity - he is also the masked vigilante Green Arrow, crimefighter of Star City.  We start this story one year after a large proportion of the city was blown up.  In the last year a wall has been built, effectively ghettoising the poorer parts of the city (sound familiar?); corporate fat cats are trying to turn a profit at the expense of human lives and a former criminal is the only one bothering to keep the peace in the ghetto.  Oliver is not happy with these developments.  But that's OK, because at the end of issue one we discover that he's now Mayor of Star City (and still moonlighting as Green Arrow). 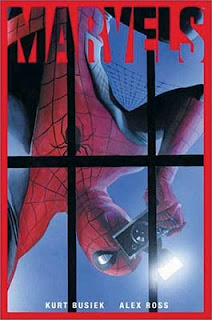 What's it about?
Marvels is the story of the Marvel universe, from 1939 to 1974, told through the eyes of journalist Phil Sheldon.  From the elegant black cover, to the back page, it's an astonishing story of the rise of the superhero and what it means for ordinary people.  As the name suggests, it's a book to inspire awe and wonder, it is truly a marvel. 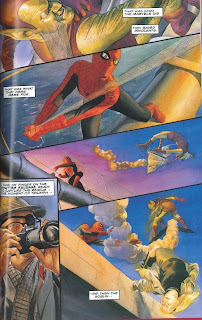 Characters of Colour in superhero comics - the men (part five)

This is the more independent edition, where we look at a few of the male characters of colour who sit outside of the mainstream superhero comics published by Marvel and DC.

Finding out about monthly issues

On this here blog we usually talk about trades – those books that collect between 4 and 8 issues of a monthly comic.  We do this because we believe it is an easier way in for readers, but as big changes are afoot at DC comics I think it’s about time to talk about the monthly issues and where to find them.  We have briefly talked about the different publishing houses here, so this post shall serve as a bit of a reminder.
Read more »
Posted by Saranga at 12:00 No comments: Links to this post 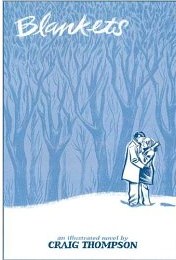 What's it about?
In an autobiographical tale, Craig Thompson tells the story of his childhood and adolescence, focused through the lens of first teenage love. In many ways, it is a very typical and relatable story of growing up.

Growing up in a fundamentalist Christian family in Wisconsin, Craig struggles with his relationship with his brother, with God, and the other people in his life. Plagued by feelings of inadequacy heaped on him by his parents and other adults, and rejected by his peers at school, Craig is a loner who isn't quite sure where he fits in this unpleasant, trying world. 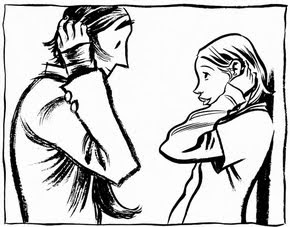 Read more »
Posted by Debi at 12:00 No comments: Links to this post

The Question: Zen and Violence 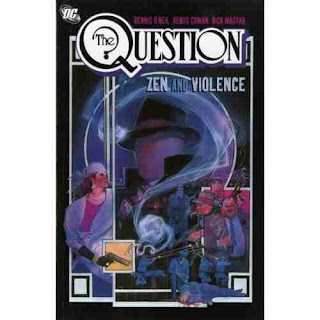 
What's It About?Vic Sage is an investigative reporter in corrupt and rotten Hub City, using his secret identity as the mysterious Question to further his television career. He is arrogant, selfish and reckless and one day he finds himself lying on the bottom of the river. One lucky rescue later he goes into training to become a better fighter so he can survive his return to Hub City and maybe even become a better hero in the process.

O'Neil and Cowan's The Question is a potent mix of mystery, violence and philosophy written in the noir manner.

Read more »
Posted by James Ashelford at 12:00 No comments: Links to this post