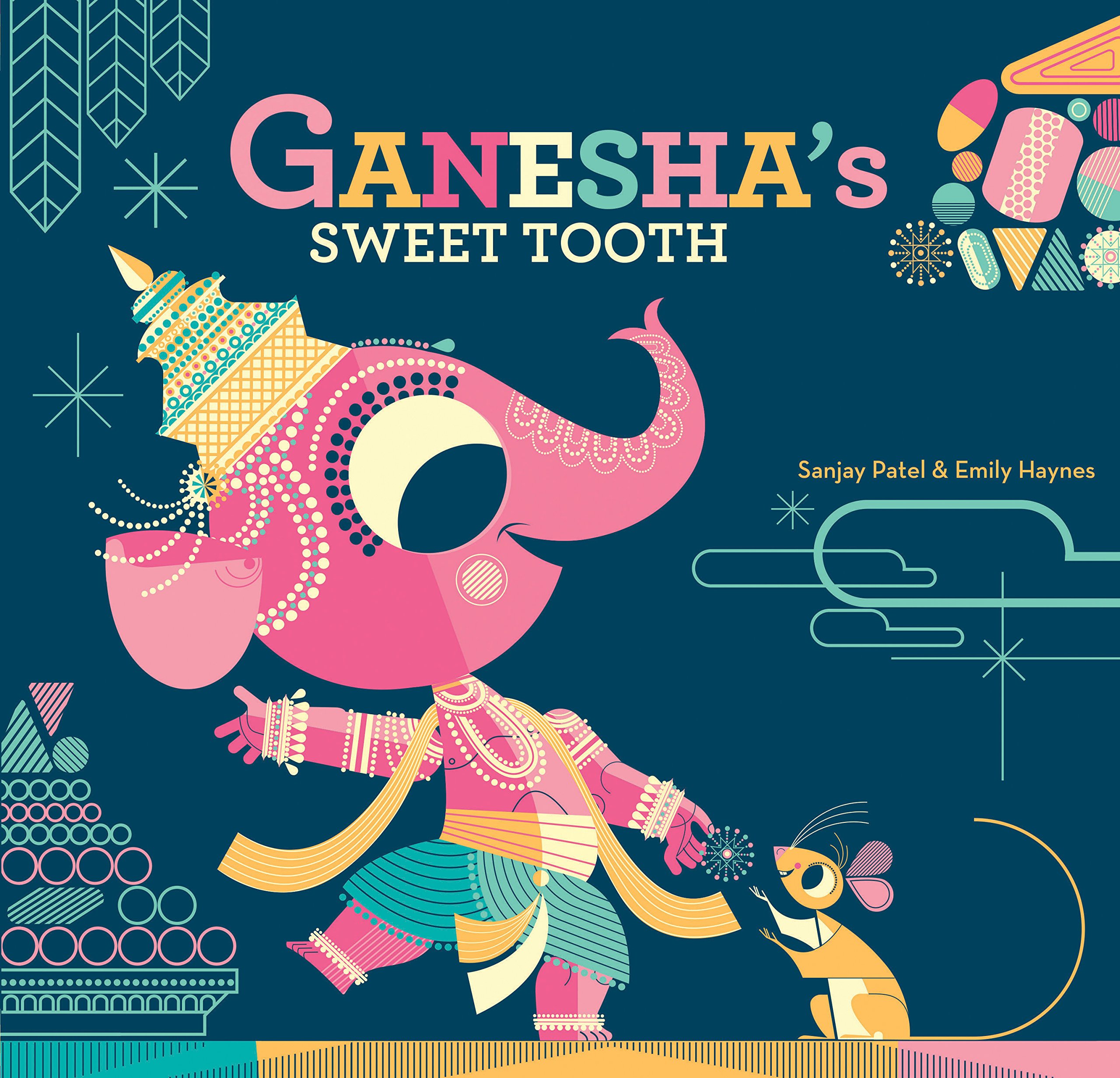 What's it about?
Ganesha is a Hindu god. He's very important and powerful.  And a tad chubby.
But when he was a kid, he was just like any other kid...
except that he had an elephant's head and cruised around on a magical mouse collecting fruit, rice, sweet, and other gifts from the temples in his neighbourhood.

This is a retelling of the Hindu legend about how Ganesha came to write the Mahabharata.

It's sold as a picture book, not a comic, but as Scott McCloud's Understanding Comics says, if a story is told through sequential art it can be considered a comic.