I was recently re-watching the film Captain America: The First Avenger.  This led to me thinking about what comics would make a good read following the film.  So without further ado, here are some suggestions.

Batgirl and Robin: Year One 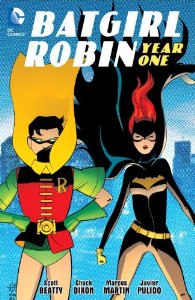 What’s it about?
This book collects the first year of adventures of the first Batgirl and Robin.

Robin is Dick Grayson, 13 year old (ish) ward of Bruce Wayne.  As Robin he is the Batman’s partner, bringing fear and justice to criminals across Gotham.  Robin views Batman as a father and is determined to win his love and approval.  When an encounter with Two-Face goes wrong, Batman reconsiders whether Robin has a place in his mission.
Batgirl is Barbara Gordon, aged about 18, the daughter of Gotham’s Police Commissioner Jim Gordon.  This story is set a few years after Robin’s.  Barbara works as a librarian, excels at her studies, and wants to be a copper - but everyone tells her she can’t.  Not one to accept other people’s opinions, she attends a costume party in a homemade batsuit, mostly to irritate her Dad, and finds herself stopping a heist.  Thus begins her crimefighting career. 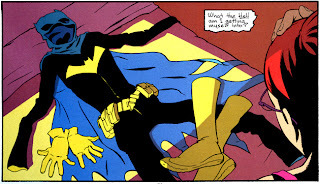 Each story was originally published separately, but the Batgirl one was unavailable for a number of years.