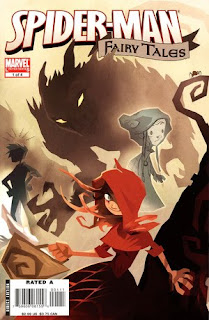 What's it about?
This retells four fairy tales and myths from around the world, using the cast of Spider-Man.  The blurb on the back states that it is' re-imagining the greatest Spider-Man stories through folktales, myths and fables from across the globe!'  As a casual Spider-Man fan I only spotted one specific Spider-Man story woven into these myths, so don't be put off by this text.

Off the Beaten Path
This is the Western tale of Little Red Riding Hood, the little girl who encountered a dangerous wolf when taking a basket of goodies to her elderly grandmother.  Mary-Jane becomes Red, Peter Parker becomes the Woodcutter and Aunt May becomes the grandmother.  This is a thoroughly modern retelling, subtly changing the protagonists roles so that Mary-Jane is no helpless damsel in distress.  Instead she considers the meaning of independence and a good relationship, at the same time as outwitting the wolf.

The Spirits of Friendship
This focuses on Jamaican trickster god Anansi.  Not being familiar with Jamaican myths I did some research on Anansi's tales and I believe this one is based on the story of how Anansi got his stories.  Instead of tricking the python, leopard and hornets this Anansi tricks the wind, water, earth and fire spirits.  Then the story differs and moves more in line with Spider-Man history to become a lesson in power and responsibility.

Eclipse
A Japanese tale based around the concept of the Yokai.  The term Yokai  refers to a wide range of Japanese mythological creatures, some of which are spiders and some of which are shape shifters.  I could not find specific tales of spider Yokai so I believe that this story is building on the idea of the Yokai, and not a particular fable.  Izumi, as the lead character, takes Peter Parker's role.  He is a young orphan who has grown up with his Aunt and Uncle and wishes to avenge the death of his parents, killed at the hands of the monsters in the woods.

What you wish for
Another western tale, this time of Cinderella, but gender swapped.  Peter Parker becomes the abused child of the ashes and Gwen Stacey is the royal seeking a suitable marriage.  Another modern retelling, whereby the gender reversal is used to good effect and allows all the characters a depth of feeling and agency that is usually missing from the traditional story.

What's good about it?
The thoroughly modern versions of the Western tales!  No helpless ladies, no staid and dull characters, only rich warm three dimensional personalities blended seamlessly into the original themes.  The art is different for each story thereby showcasing the range of styles in modern comics.  The choice of stories is good - I imagine that the target audience is English speaking westerners, hence the inclusion of Red Riding Hood and Cinderella, but it is gratifying to see that the range of tales offered includes the African and Asian continents.

Although I have mentioned Spider-Man history in the review, it is not necessary to know these or the base myths to enjoy the book.  Each story is self contained, stand alone and complete.

What's bad about it?
The varied art may annoy some people, especially if you aren't keen on a certain style. 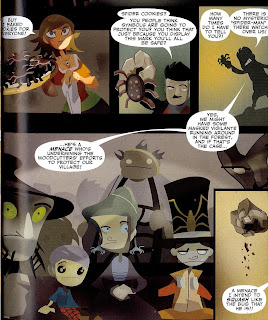 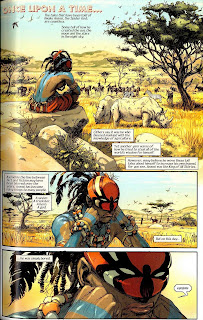 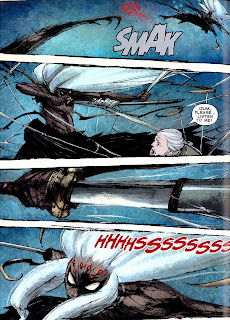 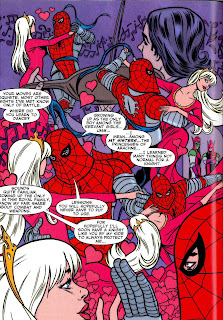